On Wednesday, December 7, 2016,  Scott, Kaitlyn and Zach, were passengers on a single-engine Piper Cherokee that left our home of Port Alsworth, AK.  They were bound for Anchorage to cheer on the Tanalian Lynx volleyball team at the Alaska State Championship.  When the plane did not arrive on time, search parties were deployed and eventually recovered aircraft debris and personal effects from Lake Clark.

And thus began this unexpected journey for Josh, Sam and I.

For now this blog will be taking a step back in time beginning with life unfolding December 6th and 7th. It is a work in progress so we’ll just see how it goes. I don’t have the format all figured out, but if I wait for it to be perfect I will never post anything.

Here are some news links from this time:

Small plane missing with 4 aboard was headed to Anchorage 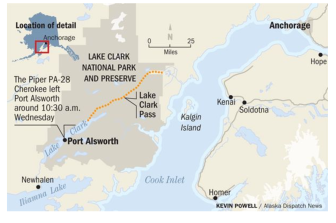 Alaska Daily News – Great article on the team and their faith

Father, kids were going to volleyball tournament when plane crashed